Houses built according to ancient architectural principles to promote health and happiness.

This is the property of our houses that may very well have the biggest effect on the quality of life, but it’s also the most difficult to explain.

Sthapatya Veda (or Vastu) is one of the oldest systems of architecture in the world. It is a part of the larger collection of Vedic knowledge, a body of knowledge on how to live in harmony with Nature. Yoga, Transcendental Meditation and Ayur Veda all come from this same tradition. 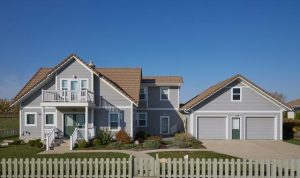 You don’t have to believe in any of these principles, in fact, we’d expect you not to. It doesn’t matter. Using this form of architecture doesn’t increase the cost of the house (quite the opposite, we can work with standardized house designs according to this system, which would actually reduce the cost). When we build houses for people, however, we’d want people to feel exceptionally good in them, as we want this to be the trademark of a Better Natural house. We believe that using this form of architecture will assist in our goals. So there’s nothing to lose, and if you will experience any of the benefits that are listed below, then you can consider it simply as an additional benefit.

This form of architecture is mainly based on specific formulas related to orientation proportion and room layout (see more detail below). It is not tied to any specific architectural style, and can, in fact be combined with any style. These formulas have gone through thousands of years of interpretations (Feng Shui is one such interpretations), until about 30 years ago, Maharishi Mahesh Yogi, the founder of the Transcendental Meditation organisation, and considered one of the greatest experts on Vedic Knowledge in recent history, spent several years restoring this system in its purity. To distinguish this system from other interpretations this is now called Maharishi Sthapatya Veda (MSV).

Since then over $500 million worth of houses and office buildings have been built using this system, and inhabitants do seem to clearly notice the effects, though we’ll come back to this after we discuss the principles of MSV.

The first principle of orientation of MSV is that houses should be built perfectly (within one degree precision) of the cardinal directions. 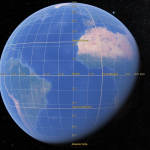 The principle behind this is that we live in a grid of energy lines. There are magnetic energy lines going from the north pole to the south pole, and while we feel we are standing still, we are actually constantly moving at roughly 1000 miles per hour due to the earth’s rotation. This creates energy lines that go from east to west. 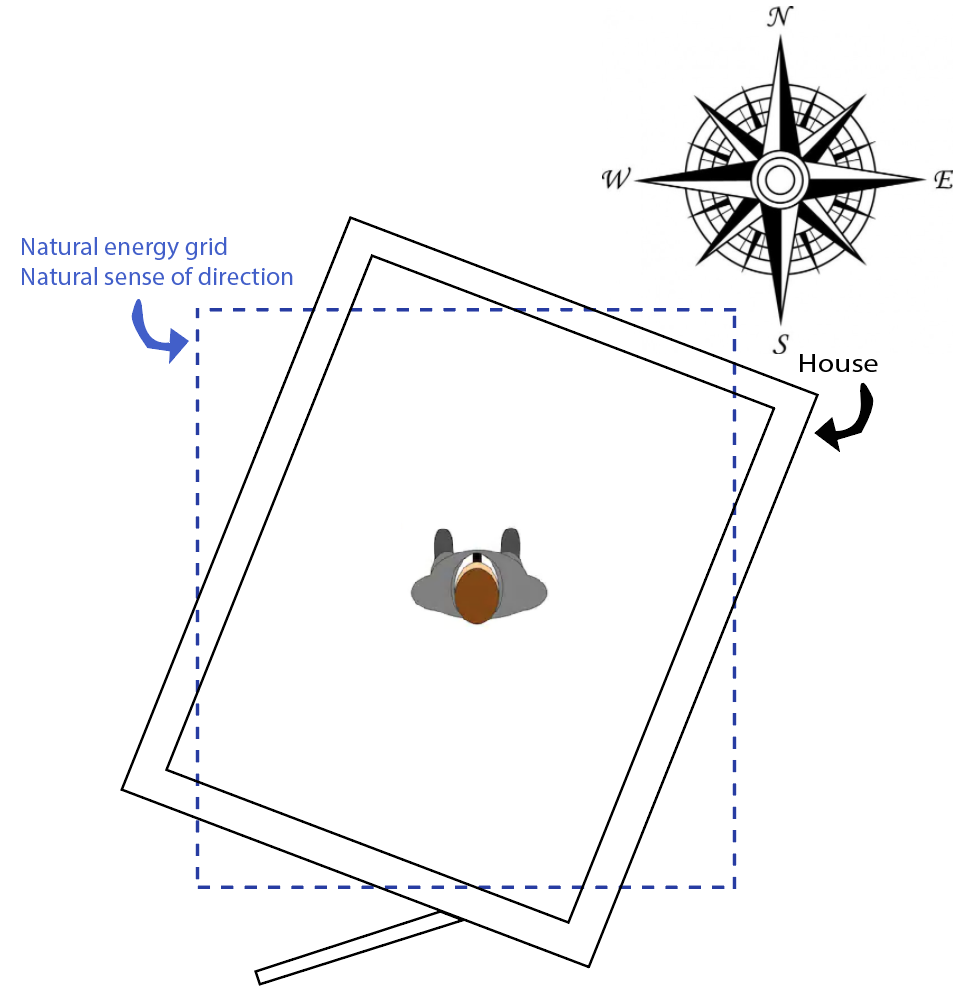 Recently it was discovered that every cell in our body has a kind of built in compass. We have a natural sense of direction, according to this grid of energy lines we live in. If we then live in a house that deviates from this grid of natural directions, it creates a feeling of discomfort and disharmony. This feeling is subtle probably even largely subconscious and people usually won’t notice it, (though they often do notice an effect of feeling good if they enter a properly oriented MSV house, even if they can’t explain why), but in the long term, if they are being exposed to this disharmonious influence 24/7, year after year, it will influence their health and happiness according to the ancient vedic scriptures.

The second principle of orientation according to MSV states that the main entrance of the house should be on either the east or the north side of the house. This is explained according to the influence of the sun, which influences life on earth more than anything else. When the sun rises in the east, it has an awakening (positive) energy. When it is in the south it has a burning (negative) energy, and when it is in the west it has a going-to-sleep lethargic energy. So MSV states that either we should preferably invite the East energy into our house through our front door, or otherwise the energy from the north, but west and especially south entrances should be avoided.

There are specific proportions in nature which appear to be more harmonious or creating a pleasing quality than others. The “Golden Ratio” is probably the most famous of them, though the Vedic Texts describe others as well. MSV houses are built according to these proportions. 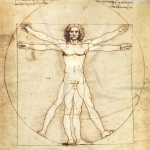 The golden ratio (1.68 to 1) is found everywhere in nature, from the proportion of the limbs of our bodies to each other(as famously outlined in Leonardo Da Vinci’s Vitruvian Man) to the arrangement of parts of plants in nature such as leaves and branches along the stems of plants and of veins in leaves. The Golden ratio is known to have pleasing qualities when it is used in art, which is why artist throughout time have used it, and it is often used in ancient architecture, like in the Patheon in Greece or the piramids in Egypt. Some even claim that how beautiful a face of a person is perceived to be can be directly related to how close the different parts of the face are to the golden proportion.

The ancient Vedic texts claim that when the length, width and height of the house as a whole, as well as all the rooms in the house individually are designed according to these harmonious proportions, it will have a pleasing effect on life as a whole, and a positive effect on health, happiness and success of the inhabitant.

The layout of rooms in the house according to MSV is again designed based on the different qualities of the sun during the day. When the sun is in the south, for example, it has a burning, destructive energy, which is bad as a main entrance, but the ideal location to have the dining room, as it will promote digestion of food. Likewise when the sun is in the west, it will have a energy of putting Nature to sleep, so the bedrooms are ideally placed on the west side, etc.

Do people notice an effect? The research says yes

This is only a preliminary research with promising results, rather than a solid scientific study, which should be confirmed by far more research in the future. Several of the founders of Better Natural experienced these same effects, and only wish for more people to have them. They are also convinced that more research will confirm these effects, and provide a more solid scientific basis for them in the future, and that houses built according to MSV will have a higher market value in the future.

This research was done with houses built according to principles of MSV, but most of the houses themselves were still standard lumberframe houses. When the house will be an MSV better natural house, the perceived improvements should be much better still.

While we can’t force people to build houses according to these principles, and it might not always be practical (the plot of land and local building codes might not allow you to build a properly oriented house, for example) from our side, we do give priority to people who want to build a Better Natural house according to MSV, as we feel this will be an essential part of the Better Natural brand in the future. We want to build houses that people feel good in, and want that to be what sets our houses apart.

As mentioned earlier, there is no additional cost to build a house according to MSV. There’s even the potential to decrease the costs by working with one of the standardized MSV designs rather than a custom design. We have a wide range of standardized house designs available, which saves on both architect costs and building costs. Standardization means the potential to optimize building processes, which leads to decreased costs.